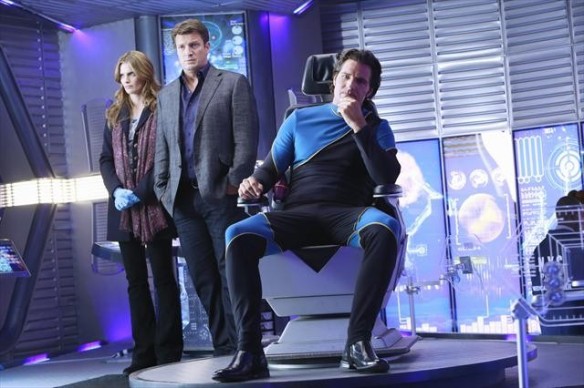 Where Have I Seen Them Before?

Diane recognized a slew of familiar faces on Castle.  Armin Shimerman played Benjamin, the man who sold TV replicas. He was Principal Synder on Buffy the Vampire Slayer and Quark on Deep Space Nine. Ed Quinn was Gabriel Winters, the actor who played Captain of Nebula-9. He was Nathan Stark on Eureka. Erin Way was the best friend of the victim. She’s Kat on Alphas and I remember her as the receptionist Wendy Chapin-Lomeister on the cancelled-too-soon Detroit 1-8-7. Christina Moore was Stephanie Fyre, the actress who played Lt. Chloe. She was Candy the nurse on Hawthorne and Naomi’s mother Tracy on 90210.

Afton Williamson is Makena, Juliette’s publicist on Nashville. She was Helen Walker last season on Homeland.

Angella recognized Abraham Benrubi, Jerry on ER and Ben on Men in Trees, as one of the suspects on Bones.

Anika Noni Rose was Joan’s former friend and colleague on Elementary. Last season she was Sam’s sister Corrine on Private Practice and Peter’s nemesis Wendy Scott-Carr on The Good Wife.  Rose will be back on The Good Wife later this season.

Quotes of the Week

“If you remember I’m the one who came up with that theory when everyone else was calling him the patriot of the century.” Carrie on Homeland after Quentin tells her not to trust Brody.

“That’s more than a ‘no,’ that’s a never.” Peter when Maddie asks him to run as her Lieutenant Governor on The Good Wife.

“Okay if you are going to insult me, you’re going to have to use smaller words.”  Axl to his tutor on The Middle.

“Alex don’t fight with her. She might have a shiv.” Luke after Haley is arrested and kicked out of school for assaulting a police officer on Modern Family. I’m glad Haley is back home and will no longer merely be a face on the computer screen.

“I don’t want the circus. I just want you. I want us.” George to Dallas on Suburgatory. They are definitely my new favorite TV couple.

“Dance or you’re fired.” Meredith to her interns after telling them to have a 30 second dance party on Grey’s Anatomy.

Have a great weekend. Remember make sure to sign up to follow my blog so you will know every time I have a new  post.  And if you see a familiar face or hear a great quote, email me and let me know.